Chris Gayle set to be part of LLC season 2! Chris Gayle, the dynamic West Indian batsman, will play in the impending Season of Legends League Cricket. Known as the Universe Boss of T20 cricket, he owns pretty much every record there is, including that of the most runs (presently 10,000+), most hundreds, quickest hundred, and most fours and sixes.

Gayle has piled up 15 Test hundreds and north of 7,000 stumbles into 103 matches and much of the time turns up for his numerous T20 establishments in pullovers numbered 333-his most noteworthy First-Class score, which he made against Sri Lanka at Galle, to turn out to be just the fourth batsman after Don Bradman, Brian Lara and Virender Sehwag with two Test triples in a lifetime.

“It gives me immense pleasure and excitement to be part of this prestigious league and to play with the iconic legends of the game. India, see you at the venues. ”

ALSO READ: “Do we actually need him?” Styris’s big statement

“With Chris on board, LLC has become bolder and bigger. I am sure fans and viewers must be expecting more firepower on the field to get entertained with the clash of iconic legends of cricket. ”

In the new development, it was accounted for that BCCI President Sourav Ganguly has consented to play an extraordinary match in the second time of LLC. It would be an incredible time for fans and cricketers to see the clock turning around as Ganguly gets right into it.

“We thank legendary Sourav Ganguly for playing a match with other legends. Once a legend, always a legend, Dada is always there for Cricket. And he will play a special social cause match, which is going to be a spectacular view for our audience. We hope to see some iconic dada shots.” 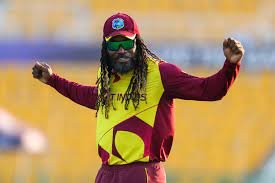 Chris Gayle opts out of CPL