IND vs BAN Match Prediction- Who Will Win the Match Between India and Bangladesh, T20 World Cup 2022, Match 35 The last time both sides faced off in a T20 World Cup, the World Cup was treated to one of its most thrilling encounters. Bangalore 2016 remains an unforgettable night for both sides. While most Indian players from that side are still around, Bangladesh are completely different. Mushfiqur Rahim, and Mahmudullah, who lost their wickets in the final over are not in the side now, with Mushfiqur Rahim retired. Tamim Iqbal is also retired in T20Is now, leaving them with a relatively different side from the one from that night.

Bangladesh are not doing too great in the tournament. The bowling is doing well, but the batting needs to step up. From India’s point of view, they are coming after a loss to South Africa. The batting failed with Suryakumar being the only one to do well, producing a classical innings in the process. The bowling did decently, but with no assistance, a small total, and a dropped catch, Ravichandran Ashwin struggled, making a huge impact on the game. Dinesh Karthik also injured his back, and that could give Rishabh Pant a chance, if Karthik fails to recover.

The stakes are high for the upcoming game. Bangladesh has two games against the Asian Giants, and need to find a way to scrape a win to keep them in contention. India also need a win here, to help solidify their chances.

IND vs BAN Head to Head

The weather is good and a full game is on the cards.

The Adelaide track is looks good with some early swing likely. Batting first is a better option, despite teh fact that Adelaide might be one of the better batting tracks in the country.

KL Rahul is off to a silent start in the World Cup. His performance in multi-national events is generally in question, and he has some work to prove that he can deliver when needed. With India needing a win here to cement qualification, KL Rahul has a great chance to prove his ability under pressure.

Taskin Ahmed has stepped up nicely in this tournament. He has silently made his way into the role as the attack leader. Taking wickets at regular intervals, Ahmed is making the ball talk nicely, allowing Bangladesh to find some success with the ball. With the Indian top-order shaky against the moving ball, Ahmed will be handful in the early stages of the game.

India are favorites to win this with Bangladesh struggling for consistency in the tournament. 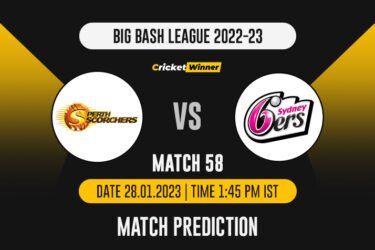