India won the series for the fifth time in a row in Delhi.In just 28 overs, their spinners combined to bowl South Africa out for 99, their fourth-lowest ODI total and lowest against them. Washington Sundar, Shahbaz Ahmed, and Kuldeep Yadav, all spinners, took eight wickets in the match against South Africa, with Kuldeep scoring his third four-for.

After cancelling their ODI matches against Australia, South Africa finished the series in 11th place in the Super League table. If they want to directly qualify for the 2023 World Cup, they need to finish in the top eight places.

This is the fourth time in ODI history that South Africa have been bowled out for less than 100 runs, and England bowled them out for 83 runs in 2022, the second time. In addition to the batting collapse, the visitors’ list of concerns ahead of the T20 World Cup grew on Tuesday: Due to illness, regular captain Temba Bavuma, substitute captain Keshav Maharaj, and wrist spinner Tabraiz Shamsi all missed the game.

Bavuma and Shamsi also missed the second one-day international, CSA stating that they are “feeling better” but were benched as a “precaution” despite Maharaj’s recent infection. For the first time in an ODI, David Miller led the team, but he was unable to get them past 43 for 4. They had an impossible task in the field after losing their last six wickets for 33 runs in 50 balls.

In a 50-over match, no team has defended more than 125 runs, and South Africa’s lowest successful defence is still 129. They had to try to improve on that without their pace leader Kagiso Rabada, who was rested, and Wayne Parnell, who had played in the previous two matches but was replaced in this one by Andile Phehlukwayo and Marco Jansen.

In the twentieth over, India scored 100 runs

After India had already won the match on the field with a bowling performance that showed South Africa’s persistent weakness against spin and what appears to be a return of the yips that creep in when under pressure, the chase was as routine as they come.

Even though spin might not be very effective during the T20 World Cup in Australia, their lineup was completely blown away by it. However, it has remained a major concern regarding their readiness for the major tournament, in which they are competing alongside Bangladesh, Pakistan, and India, as well as Sri Lanka after the first round.

Mohammed Siraj served as Washington’s opening bowler, and the team immediately found spin. He upset Quinton de Kock, who was hit by a ball that just went past his outside edge. Then, he top-edged a paddle that went over Sanju Samson and the one slip.However, de Kock quickly hit a wide ball and delivered it to Avesh Khan at short third.

Before Markram’s spin by trail failed, Heinrich Klaasen and Aiden Markram completed five overs with no boundaries. He was foxed by Kuldeep in the first ODI, but in this match, the left-arm orthodox spinner Shahbaz drew him forward and found the edge.

Siraj mishit a Klaasen backfoot punch at mid-on to end South Africa’s boundary drought, and Klaasen got his next four when he went back to pull a Shahbaz half-tracker through midwicket. He stayed in his crease to cut at a Washington short ball, but Miller missed an arm ball from Washington and was bowled just as his partnership with Miller was beginning to stabilise South Africa.

Andile Phehlukwayo continued to play despite misinterpreting Kuldeep’s googly, which may hurt his chances of replacing Dwaine Pretorius in the T20 World Cup squad. The other candidate to replace Pretorius, Marco Jansen, performed better and bowled Kuldeep over long-on for the lone six of the innings.

However, Klaasen was unable to stay with him and was bowled by a Shahbaz ball that spun away before Kuldeep cleaned up the tail. Klaasen did not play a single shot on the front foot. He beat Anrich Nortje with a googly off of back-to-back deliveries and struck Bjorn Fortuin under the knee roll. Lungi Ngidi, on the other hand, blocked Kuldeep’s hat trick ball.

After that, Jansen beat Shahbaz in a reverse sweep to bring South Africa close to 100, but he then tried to sweep Kuldeep and hit him in the deep square. In response, India’s opening pair reached 42 off the first 37 balls and appeared to be unbreakable by the South African attack.When Shubman Gill called Shikhar Dhawan through for a run and then sent him back, a mix-up allowed South Africa to take their first wicket.Dhawan’s highest score from his last five innings was 40, but he was run out for 8.

The other India batter who failed to capitalise was Ishan Kishan, who was run out behind off Fortuin for 10.Gill played particularly well against the short ball, achieving 49, his highest score of the series. He was good at cutting and pulling, and he had Shreyas Iyer, who had the most runs in the series, to help India win.

When Iyer uppercut Nortje to the tall Jansen at deep third, he had a nervous moment. Jansen jumped, grabbed the ball with both hands, realised he was going over the line, and tossed the ball back up, but as he returned to the field, he lost control.The outcome, six runs, a furious Nortje, and a disappointed Miller, pretty much sums up the series for South Africa.

Iyer then hit Fortuin straight down the field for two fours in three balls, and Gill scored his eighth four with a half-volley through the covers from Ngidi. When Gill played around a full Ngidi delivery, he was just one run away from fifty when he was caught in front of the middle stump and given out lbw. When Iyer lofted Jansen for six over long-off, he drove in the winning runs. BA vs IN: Gavaskar angry on ‘dropping’ Kuldeep 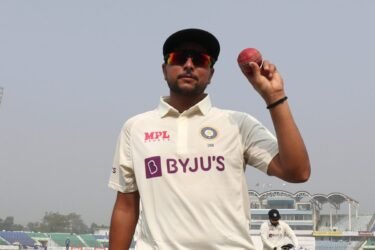 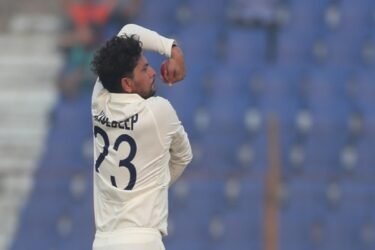