IPL 2023: 5 Players who’ll be appearing in the tournament after a long gap Well, the 16th season of the IPL starts in two months. The 10-team tournament is also expected to be back to its original format of home-away games. Truly in 2023, this mega cash-rich league will again become a carnival event across the entire nation.

Coming to the recent IPL auction, the franchises this time have keenly rewarded players who performed in the 2022 T20 World Cup. That’s why in IPL 2023 there will be an exciting stack of new faces along with some individuals who’ll be appearing after a long gap. More importantly, the league will also welcome some elite names like Ben Stokes and Sam Curran.

Therefore in this list, let’s check out 5 players who’ll be appearing in the tournament after a long gap.

This England speedster has been away from the game for almost two years. It was in March 2021 that Archer last played an international game. Even when it comes to his IPL participation, the pacer appeared last in IPL 2020 against KKR. Since then Archer has been plagued with injuries.

During IPL 2021, this 27-year-old had omitted himself because of his prolonged elbow issue. At the same time, Archer also had endured a freakish middle finger injury. However, in the mega 2022 IPL auction, this cricketer had enrolled himself. Though his participation was never on cards for IPL 2022, Archer got picked by MI for INR 8 Crore.

Sadly after that, this England bowler experienced a stress fracture in his lower back. But optimistically, Archer looks now all set to reappear in the IPL after skipping two seasons. Currently, the bowler is expected to come back in international cricket against SA in January end.

Overall, Jofra Archer in the IPL was last seen donning the RR jersey in the 2020 season. As their premier pacer, Archer had also scalped 20 wickets for the pink army. Hopefully, in IPL 2023, this speedster will wear the much-awaited blue and gold MI jersey and continue from where he had left.

Rilee Rossouw in the IPL is coming back after a very long time. The SA cricketer had last appeared for RCB in IPL 2015. In IPL 2014, Rossouw played his debut season. In those days, this southpaw also used to regularly represent South Africa in white-ball cricket. His previous IPL salary used to be INR 30 Lakh.

After his last appearance in the 2015 season, this 33-year-old had twice gone unsold in the auctions. Especially in the 2016 and 2019 auctions, Rilee hadn’t found any franchise to make his comeback. However, his current blistering T20I form has eventually rewarded him with a contract with Delhi Capitals.

Comprehensively in 2022, Rossouw in T20Is scored 372 runs from 10 innings including two centuries. His strike rate of 176.30 gave the Proteas enough firepower to chase more lofty totals. Overall while reviving his international career in 2022, Rossouw also has bagged an IPL contract of INR 4.6 Crore. All in all, in IPL 2023, this cricketer is expected to play an adequate number of games for DC.

Well, this T20 freelancer is a popular name across the various T20 leagues. Even for representing Namibia, Wiese is one of their ace players. In the last few years, the all-rounder is now well-lauded for his both batting and bowling skills. But in the shortest format’s biggest league, Wiese hasn’t received many opportunities.

It was last in IPL 2016 when this 37-year-old played for RCB. At that time, Wiese was known to appear in South African cricket. As of now, this cricketer’s last IPL game was against DC in IPL 2016. After that, unfortunately, Wiese has gone unsold a number of times. Especially in the auctions of 2017, 2018 and 2022.

Mark Wood has bitterly been unlucky when it comes to the IPL. The speedster has just played a single IPL season in 2018. Even when it comes to representing franchises, Wood has only got associated with CSK. Also despite being England’s sixth-highest T20I wicket-taker, Wood hasn’t enjoyed an exclusive IPL demand.

But in last year’s mega auction, LSG had signed this 33-year-old for INR 7.5 Crore. The pace though sadly after the mega auction had injured his elbow. Agonizingly, Wood also then omitted his IPL participation. Even recently in the 2022 World T20, this cricketer was battling some fitness issues.

Overall, the LSG management before the 2023 auction didn’t release Mark Wood. Fortunately in the upcoming IPL, Wood is expected to lead Lucknow’s bowling attack. All in all, after a gap of four seasons, Wood is again featuring in the extravagant league.

Undoubtedly, Mohit Sharma’s best days in the IPL have come under MS Dhoni’s captaincy. Till IPL 2015, this Indian player used to don the yellow CSK jersey. After that, the pacer then was signed by the Punjab franchise. However, his last appearance in the tournament was long back in the 2020 season for Delhi. Cumulatively since IPL 2018, Mohit Sharma has just played 11 IPL matches.

In between, the 34-year-old had also gone unsold in IPL 2021 auction. But recently the Gujarat team has roped in Mohit for the 2023 season. The bowler will receive a salary of INR 50 Lakh in IPL 2023. Also in the GT dressing room, Mohit will be a back up for pacers like Mohammad Shami and Shivam Mavi.

Overall, off lately in domestic white-ball cricket, Mohit has also scalped wickets for Haryana. Hopefully, under the GT management, this Indian cricketer does get to revive his IPL career. 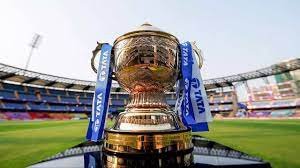