The RP Sanjiv Goenka Group and CVC Capital won the race to own new teams in the IPL. In Dubai on Monday. The Board of Control for Cricket In India weighed at least 20 offers before deciding on RPSG Group and CVC Capital as the new owners. According to sources, RPSG Group (backed by Sanjeev Goenka, who co-owned Rising Pune Supergiant for two seasons) and venture capitalists CVC Capital, paid Rs 7090 crores and Rs 5625 crores, respectively, like license fees to own the teams for a 10-year period. The Adani Group’s bid was Rs 5100 crores.

RP Sanjiv Goenka Group will be based in Lucknow while CVC Capital will be based in Ahmedabad. From 2022, IPL will have 10 teams. This is not the first time, IPL has been played among 10 teams. The 2011 model will be followed from next season and that will mean an extra 14 matches from the current number of 60. Nine teams were featured in the 2013 edition of the IPL and a total of 76 matches were played. The additional teams and matches also mean a financial bonanza for the BCCI through additional money from broadcasting rights, estimated to touch 5 billion USD for the next five-year cycle starting 2023.

BCCI president Sourav Ganguly, who was present when the new teams were announced,  said he is looking forward to IPL 2022. “It is heartening to see the inclusion of two new teams at such a high valuation, and it reiterates the cricketing and financial strength of our cricket ecosystem. True to IPL’s motto of ‘Where Talent Meets Opportunity, the inclusion of two new teams will bring more domestic cricketers from our country to the global stage,” Ganguly said. “The ITT process included two interested bidders from outside of India, which strongly emphasizes the global appeal of the IPL as a sports property.

The IPL is proving to be a wonderful instrument in globalizing the game of cricket. I am keenly looking forward to IPL 2022,” added the former India captain. Meanwhile, BCCI secretary Jay Shah, who hails from Gujarat, is thrilled to finally see an IPL team from his state.  “The IPL has established gold standards for leagues across the world and remains a premium event on the sporting calendar as it has grown rapidly in a short span. “Despite numerous challenges posed by COVID-19, the 13th and 14th seasons were completed, and the bids prove that interested parties have faith in BCCI and its hosting capabilities.

I am thrilled for the people of Uttar Pradesh and Gujarat as the long wait is over and they will now have their own IPL team,” he said. Two more franchises have been added to the world´s biggest and richest Twenty20 league after the new owners spent a combined total of more than Rs 12,715 Crores to acquire their teams, the Board of Control for Cricket in India said on Monday. The business conglomerate Sanjiv Goenka´s RPSG group won the bid for Lucknow in the Indian Premier League with an offer in excess of $932 million while the private equity firm, Irelia Company Pte Ltd. (CVC Capital Partners), will own Ahmedabad after making a bid of more than $692 million.

“It is heartening to see the inclusion of two new teams at such a high valuation, and it reiterates the cricketing and financial strength of our cricket ecosystem,” BCCI president Sourav Ganguly said in a statement. “True to IPL´s motto of `Where Talent Meets Opportunity, the inclusion of two new teams will bring more domestic cricketers from our country to the global stage.” It will be the second time that the RPSG group has owned a team in the IPL. It also owned Rising Pune Supergiant which competed in 2016 and 2017, when the Chennai Super Kings and Rajasthan Royals franchises were banned.

Irelia, which has offices in Europe, Asia, and the Americas, has been involved in Formula 1 and recently bought stakes in Spain´s football league, La Liga. There were seven other bidders for the two new franchises that also included Avram Glazer´s Lancer Capital. The Glazer family owns Manchester United. 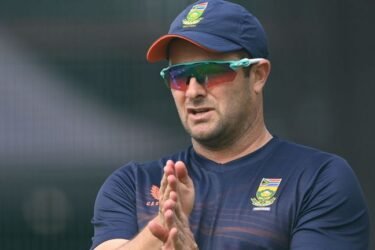 IPL Auction 2022: How the 10 teams look after the final day of bidding and purse left