The Executive Committee of the country’s cricket board decided on Monday to immediately suspend national player Danushka Gunathilaka from all forms of cricket and will not consider him for any selections after learning that the star batter had been arrested and charged with sexual assault in Australia. This was confirmed by Sri Lanka Cricket on Monday.

“Furthermore, Sri Lanka Cricket will take the necessary steps to promptly carry out an inquiry into the alleged offense, and, upon conclusion of the aforementioned court case in Australia, steps will be taken to penalize the said player if found guilty,”

stated the cricket board in an official media release.

WATCH: After being charged with four counts of sexual assault, Gunathilaka appeared in a Sydney court on Monday via video link and was in handcuffs.

“Sri Lanka Cricket wishes to emphasize that it adopts a “zero tolerance” policy for any such conduct by a player and will provide all the required support to the Australian law enforcement authorities to carry out an impartial inquiry into the incident,”

After being charged with four counts of sexual assault, Gunathilaka appeared in a Sydney court on Monday via video link and was in handcuffs. He was there to ask for bail. In Downing Centre Local Court, Gunathilaka was shown on a screen and only spoke to confirm his identity. At a Sydney detention centre, he sat in a grey T-shirt and appeared composed. Ananda Amaranath, the batter’s attorney, stated that he would request bail for the 31-year-old.

Police arrested and charged Gunathilaka on Sunday, just hours after the national team lost to England at the Twenty20 World Cup. The prosecution stated that it would attempt to suppress publication of some elements that might identify the alleged victim. 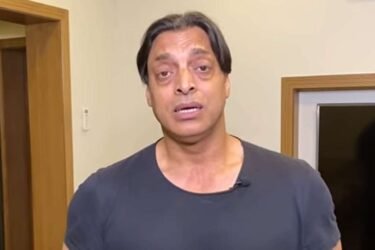