West Indies vs Pakistan; Pakistan gave a hard fight to win the 1st test against West Indies and ended up losing it.

Points to highlight in West Indies vs Pakistan Match

West Indies team fall back in recent days and due to that they needed last push before WC T20I thus with the win against Pakistan encouraged them and Jayden Seales name embedded in the history for taking 5 wickets in a single match by 19 years old youngster.

West Indies held their nerve as tailenders Kemar Roach and Jayden Seales guided them to a thrilling one-wicket win over Pakistan in the first Test in Jamaica on Sunday (August 15). Roach scored 30 and Seales two in an unbeaten 17-run partnership as the home side reached their target of 168 for the loss of nine wickets after the West Indies had bowled Pakistan out for 203 in their second innings, with Seales taking 5/55.

Fortunes ebbed and flowed dramatically throughout the fourth day with 14 wickets falling before Roach stroked the winning runs through the covers. The West Indies looked to have little chance when they lost their last recognized batsman Joshua da Silva with 26 runs still required and two wickets left, but Roach took up the challenge with a confident batting display.

It was never going to be an easy chase after Shaheen Shah Afridi removed the Windies’ top three batsmen cheaply to leave the home side reeling at 16/3 before a 68-run fourth-wicket partnership between Roston Chase and Jermaine Blackwood offered them hope.

Imran Butt, however, began a series of Stunning slip catches, and the tide turn over the Pakistan team as the chase went for 22 of Faheem Ashraf, Kyle Mayers fell to the same condition from balls later and spectacular diving catch saw blackwood out for 55 off Hasan Ali

When Jason holder was bowled by Hasan tea was taken with the Windies needed 54 runs to win and 3 wickets in hand, with the hard fight given by Pakistan the flow of the match continuously fluctuate even in the last bowl of the over.

West Indies vs Pakistan; after the match, Bothe teams captain and Man of the match stated some words to reporters-

The Windies captain Kraigg Brathwaite said to News channels “ remarkable Test. We never lost hope. Pakistan bowled very well, and this pitch requires patience from the batsmen. Whoever had more patience came out on top. We have some time before the next Test and it will be a different pitch. The bowlers did well, they were tired, but they gave it their all.”

And let’s see what Mr. Man of the Match hast to say Jayden Seales “Words can’t describe how I feel after the five-wicket haul, I’m just thankful for the almighty. In the partnership with Roach, we talked about positivity and patience, just waiting, and eventually, we got there. Test cricket has been a dream and getting five today, it really goes to the bowling coach who backed me to be successful at this level. All the bowlers keep telling me to keep going hard at the batsmen, hitting the lengths, and wickets will come.”

Babar Azam the captain of Pakistan accepted the defeat “This is the beauty of Test cricket. We did well with batting, but we didn’t carry on with the momentum in the first innings.  We were patient and wanted to build a partnership. Hasan, Shaheen, and Abbas were good throughout, and we took our catches, but we did drop two in the final session which might have made the difference.”

And that’s how the 1st match of West Indies vs Pakistan ended with lighting fright hope to get a new experience for West Indies team. 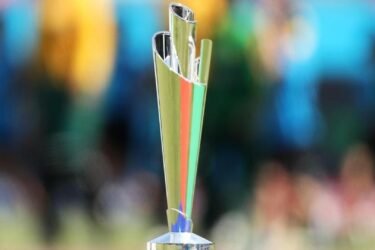 List of winners from all the ICC WT20 Editions

WI vs PAK: Babar Azam is hopeful Pakistan can beat the heat and West Indies

What Makes Jason Holder so Valuable